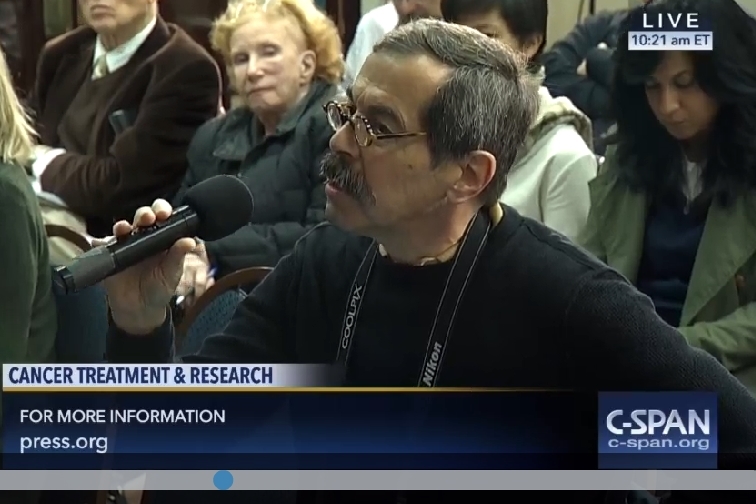 Alan Kotok at a news conference in Washington, D.C. on cancer immunotherapy, broadcast on C-Span.

Alan Kotok, founder of Technology News and Literature, is a Washington, DC-based reporter and writer on science, technology, business, and public policy, and editor and publisher of Science and Enterprise, an online news service connecting scientific discovery to the marketplace. From August 2003 through June 2010, Kotok served as managing editor of Science Careers, the online employment, career development, and funding portal of Science Magazine.

Since April 2017, Kotok has contributed articles on science, business, technology and innovation for Medium and Futurism, describing scientific and technological developments of companies and their impact on business.

Kotok has written or co-authored five books, three for print and two e-books. The most recent title is Cienfuegos Rainbow, available through all leading e-book outlets. Other titles include the Handbook of EDI, 2003 edition, published in November 2003 by Warren, Gorham and Lamont, an imprint of Thompson/RIA. He is lead author (with David Webber) of ebXML: The New Global Standard for Doing Business on the Internet and lead author (with Ralph Lyman) of Print Communications and the Electronic Media Challenge (Jelmar Publishing Co, 1997). The e-book, Core Components: Delivering on the ebXML Promise, was originally published by MightyWords.com, and is now available as a free download.

Besides books, Kotok writes for several technology and business magazines and Web sites including WebServices.Org and XML.Com focusing on business and public-sector applications. From 2001 to 2003, he served as editor of the U.S. Techno-Politics page on Suite101.Com. His magazine publishing credits include Electronic Commerce World, Foreign Service Journal, ActionLine (automotive industry), and Managed Healthcare Executive. Kotok earlier served as editor of PublicDiplomacy.Org, the Web site of the Public Diplomacy Association of America, as well as the organization's newsletter.

Kotok previously served with Data Interchange Standards Association (DISA) as director of publishing, from 2001 to 2003 and earlier as DISA's Director of Education. He joined DISA in October 1999 as standards manager for the OpenTravel Alliance. Before joining DISA, Kotok served 10 years with Graphic Communications Association (GCA, now IDEAlliance) as Director of Management Technologies and then as Vice President for Electronic Business. Before joining GCA, Kotok founded an export company serving the U.S. computer industry and served 15 years with U.S. Information Agency.

Kotok has a B. A. in journalism from the University of Iowa, a Master of Science in communications from Boston University, and postgraduate work in Technology of Management at The American University in 1981-82. An avid photographer and runner, Kotok has taken part in many local and regional marathon and middle distance running events.