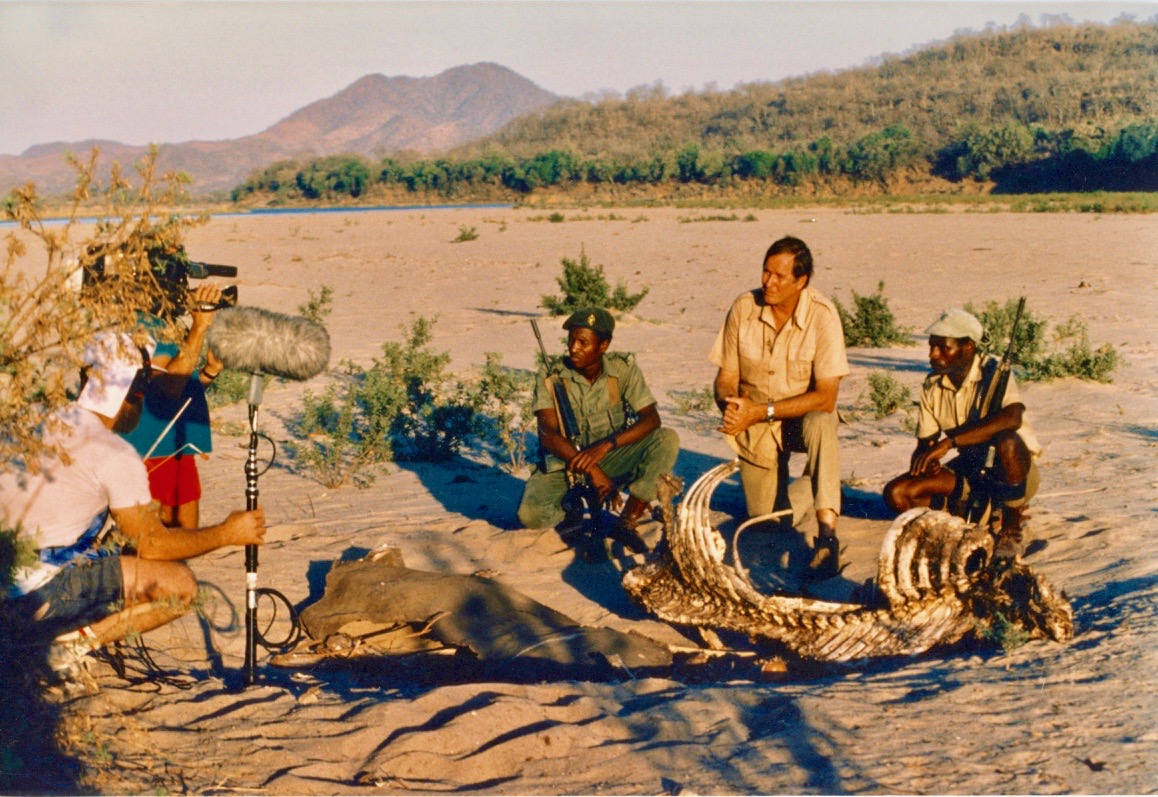 On Location with Wild Kingdom
Filming segment with Mutual of Omaha's Wild Kingdom host Jim Fowler, as he kneels over remains of a Black Rhino that was recently killed by poachers for its horn, in Mana Pools, Zimbabwe. 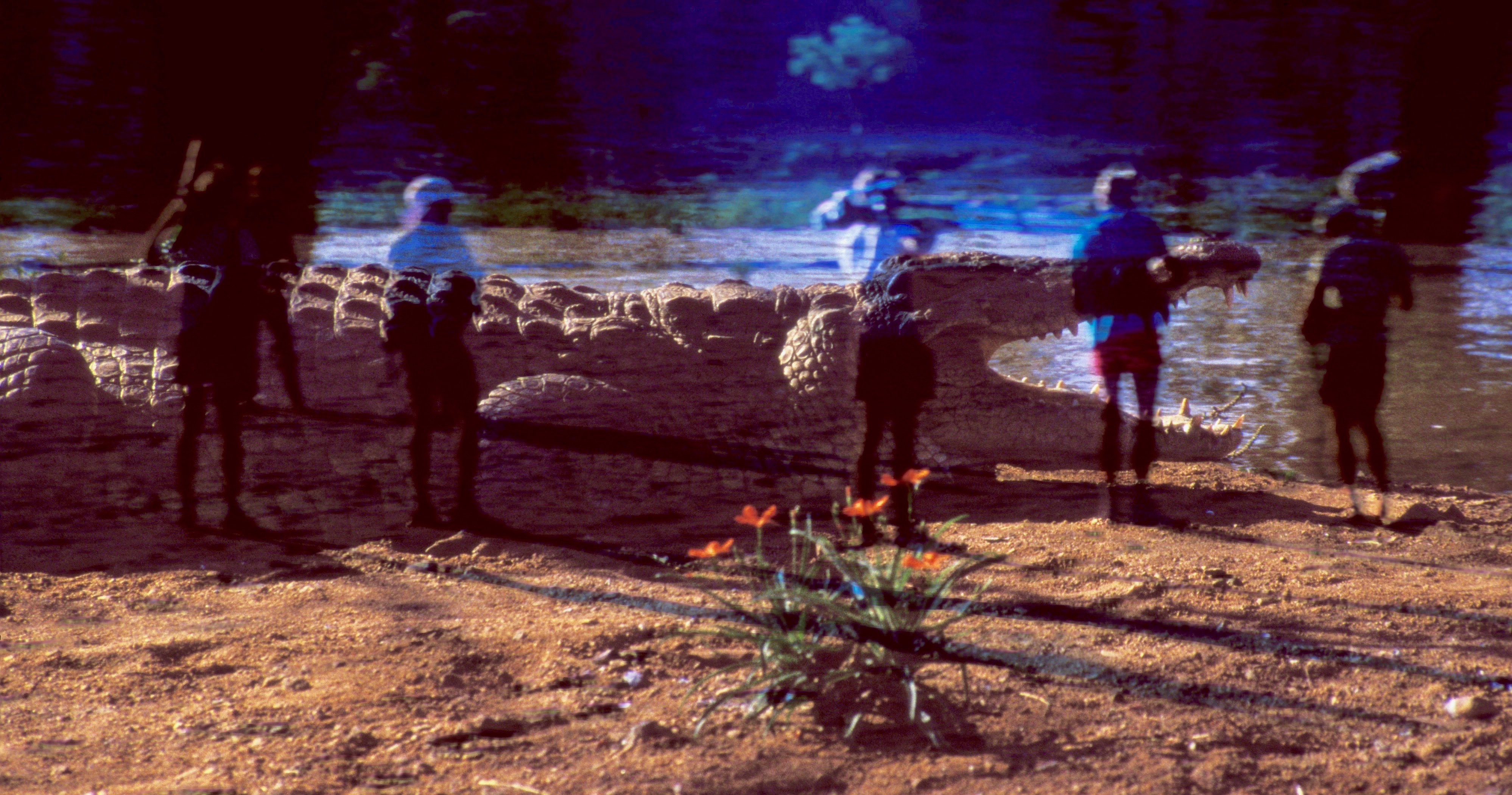 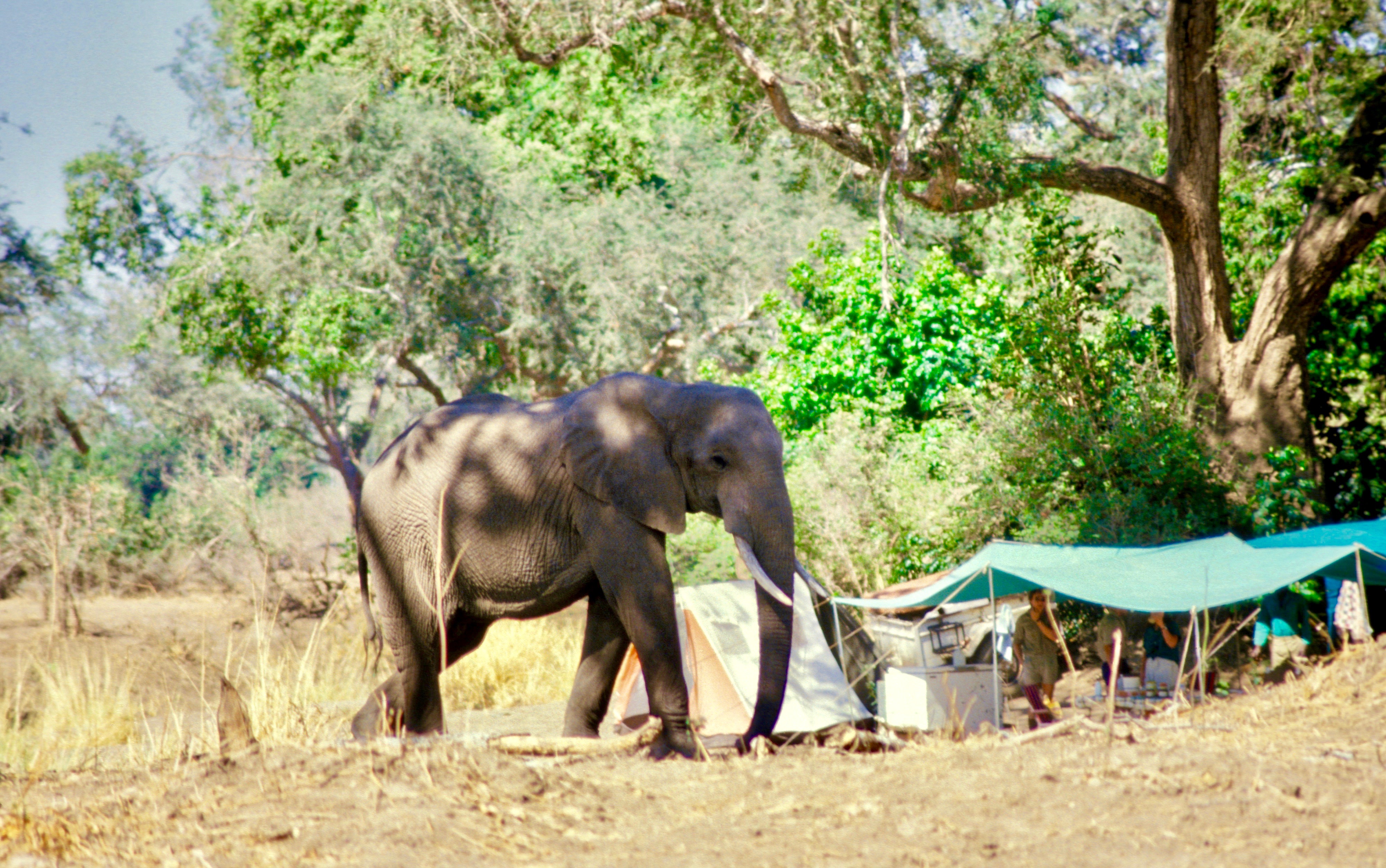 A Walk on the Wild Side
Huge elephant strolling through camp ground in Mana Pools National Park, gives campers a thrill of a lifetime. 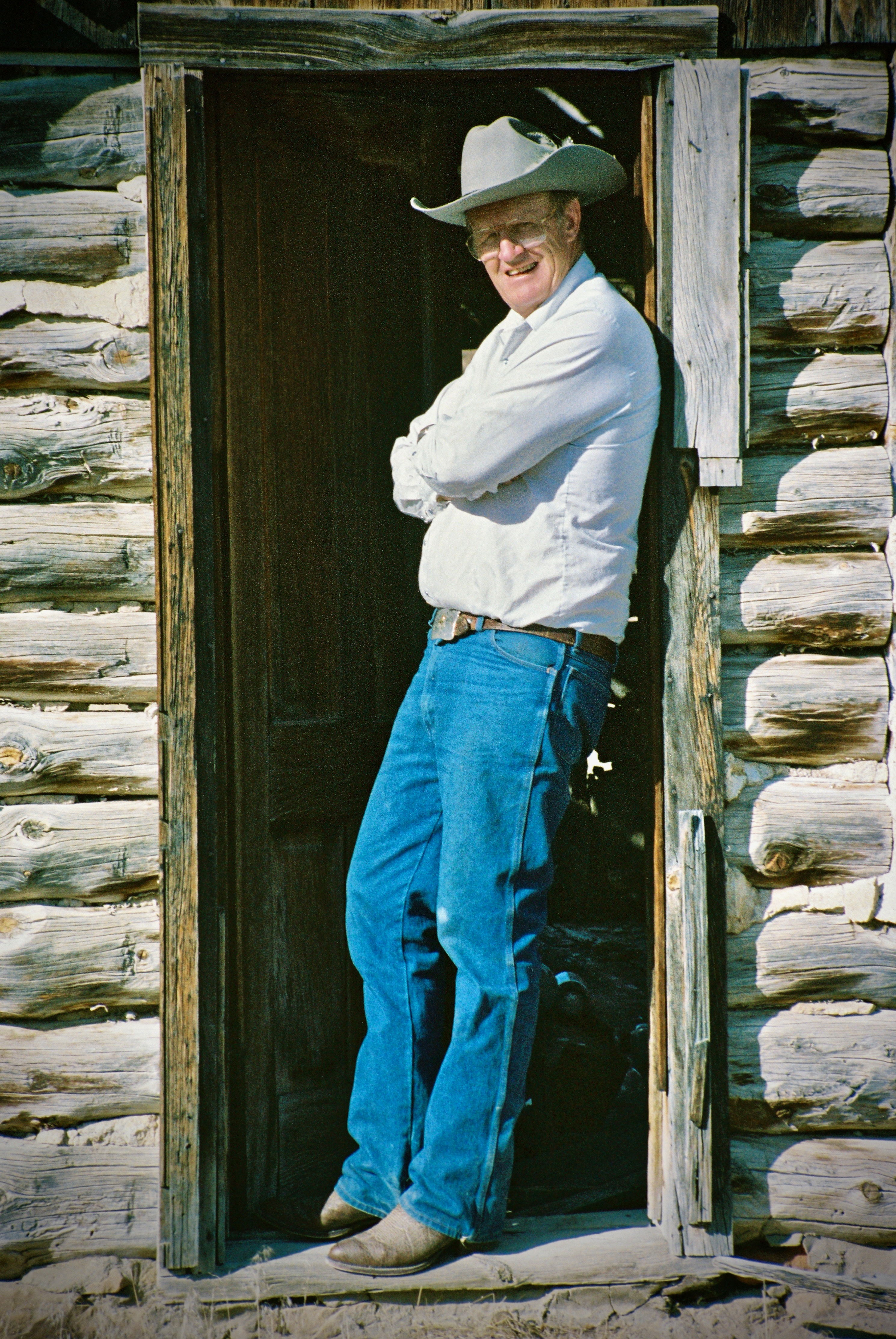