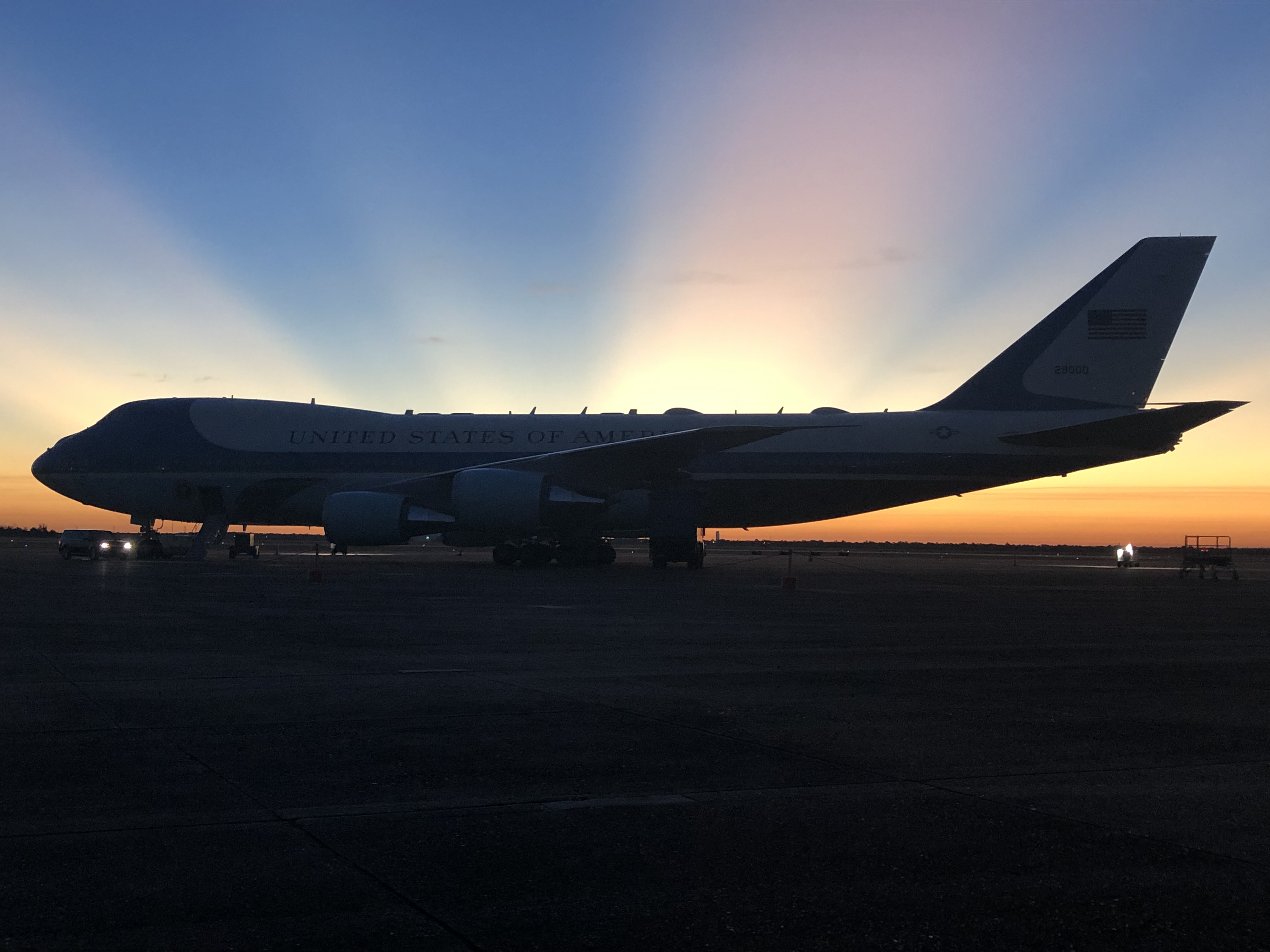 Photo was taken on the tarmac of Ellington Field Joint Reserve Base at dawn on December 3, 2018, shortly before the arrival of the hearse bearing the remains of the late former President George H.W. Bush. The jet -- ordinarily designated Air Force One, but redesignated Special Air Mission 41 for the purpose of this mission -- flew the casket bearing President Bush's remains to Joint Base Andrews for the first phases of the state funeral.

More about this image: houstonpublicmedia.org