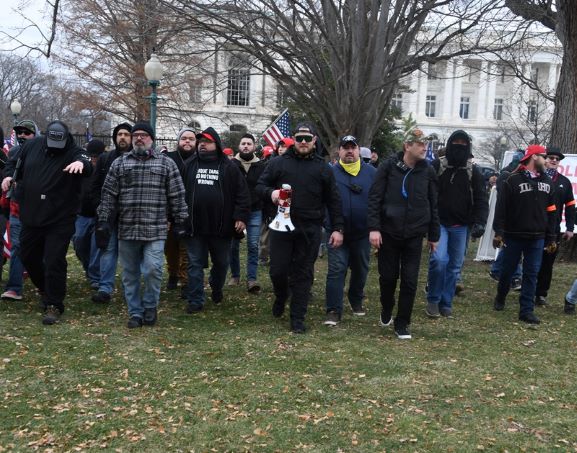 A line of Proud Boys approaches the east side of the Capitol on Jan. 6. Photo: Christy Bowe.

Photojournalist Christy Bowe was positioned on the east side of the U.S. Capitol on Jan. 6 when rioters stormed the building. As the crowd left the Ellipse and neared the Capitol, Bowe noticed a particular line of marchers she later learned were the Proud Boys.

"And they were walking right toward me, about 10 of them," Bowe told interviewer Gemma Puglisi on the National Press Club's Update-1 podcast. "Then they saw my pass, and started screaming 'F*** the media.'"

Bowe's photo of that Proud Boys group is now on display in the National Press Club lobby through Sept. 30 as part of the Club's 22nd annual members photo exhibit.

Bowe is one of 39 Club members providing 151 print photos and electronic images in the exhibit, put on each year by the Club's Photography Team.

The show's official opening reception is at 6 p.m. Thursday, Sept. 9, in the First Amendment Lounge. The reception is free and open to all Club members and guests. Registration is recommended.

This year's photo collection features images from Washington, D.C., to China's Hunan province to the Galapagos Islands off Ecuador, using cameras ranging from iPhones to a Soviet-made Gorizont panoramic camera.

Among the participants are seven first-time exhibitors, including former Foreign Service officer Bennett Lowenthal offering photos he took when posted with American troops in Afghanistan's Panjshir Valley, a region of the country reportedly still holding out against the Taliban.

Aretha Williams, another first-time participant, shares her photo of police from prisons and other agencies in riot gear patrolling Black Lives Matter protests in Washington in June 2020. Williams is a digital artist as well, exhibiting abstract lens art that combines photography with political activism. 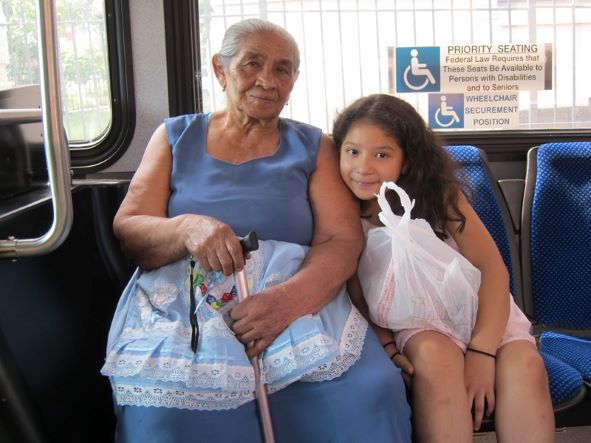 Also exhibiting for the first time is Phoenix-based documentary filmmaker and photographer Ben Sarao with panoramic images of the American West. Sarao's images can best be appreciated on the two big-screen monitors in the Club's 13th floor lobby.

The exhibit's electronic images, including Sarao's, are displayed there in continuous slideshows on two big-screen and four smaller monitors, along with the print photos. An online exhibit catalog tells about the photographers and the stories behind the photos and images.